Half a fish finger 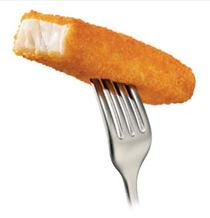 My brother is a lawyer. He's big in mediation. Who'd have thought those interminable verbal battles with a troublesome little sister would hone the skills for alternative dispute resolution? It makes me proud.

My brother recently mentioned he'd been at a legal conference where participants were asked to come up with examples of a grudge. He chose the half a fish finger story.

Mum was always scrupulously fair - equal shares for both of us. Is there anything as precisely measured as the piece of cake halved under her King Solomon-like 'one of you cuts it, the other chooses' principle? Her system of social justice has had repercussions in both our lives. I have, for example, never considered myself inferior by reason of gender. But both of us then arrived fresh-faced in adulthood with unreasonable expectations that life would continue in the same spirit of equality and fair play. 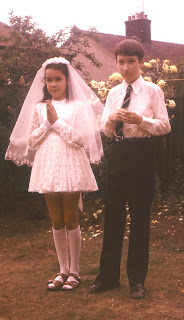 In retrospect it perhaps wasn't as fair as it seemed - my brother was two years older than me, and bigger. He probably could have done with a bigger share. But still, when mum gave him an extra fish finger one day (I was about ten) I was incensed. And I never forgot.

My final words on so many subsequent arguments were: '...and half a fish finger!' For years, decades, I held it up as an example of hideous unfairness, persecution, favouritism... and probably the main reason that he ended up at an Oxbridge college and became a proper professional person and I... well, I didn't.

Although, two of my poems are circulating within family law circles - check out 'Weapons' on The Mediation Centre website - so I'm there in spirit... and they said at his conference that mine was a 'perfect example of a grudge'.