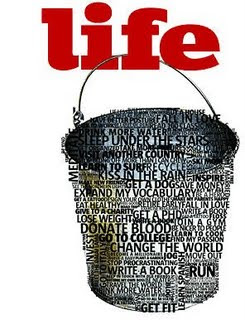 I have actually done a lot of the things which might be on the average bucket list: I've performed in Vegas, done stand-up, written a novel (ok, I haven't had one published - picky, picky!). I've back-packed, flat-packed, rat-trapped. I've had several interesting jobs... and I just walked away from some of them. I've set up a charity, had an expense account, been offered food by beggars near the Alhambra. I've been on a camel, in a helicopter, lost at sea in an open boat. I've swum with dolphins, heli-hiked on a glacier, walked on a volcano...

The trouble is, I can't think of anything much I am burning to do. World peace? Yeah, but I'm realistic. Win a million? Yeah, but I'm not really sure what I'd do with it. (I wouldn't say 'No!' - that would be churlish - but I don't want it enough to get off my bum and go and get it.) I mean what's the point of anything?

Maybe it isn't that I don't want anything in the world, I just rationalise myself into thinking I don't. I know people who do this really well and it's certainly a strategy to avoid disappointment.

But I respect the idea of a list as an impetus to provoke action, so here it is so far: 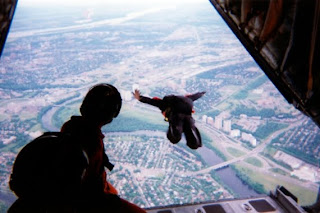 What's on your list that I could steal for mine?