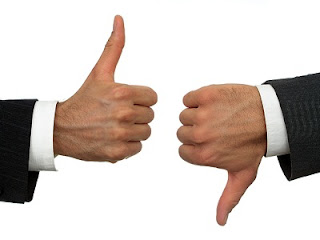 This is not about eggs, or, indeed curates.*  It's about my first 'proper' review, which was, sadly, 'mixed'.

My feelings about it are mixed too.  A proper paid gig at a reputable poetry night at Liverpool's The Bluecoat arts centre is not to be sniffed at, and a review of any sort is a novelty in the easy-come, easy-go world of open mic nights.

I have my share of rejections and am generally not hurt or angered by them despite their implied criticism of or distaste for my work. But a review is much more personal.

The reviewer started by saying he's seen me at open floors:  "I have to say that her work is, generally, not to my taste and I normally wrote her off as being the “Beryl Cook of poetry”, rather in the same mould as Pam Ayres."

He liked some of my poems ("It was a pleasure, then, to hear her reading some of her more serious works") and believes me able, when pushed to "knuckle down and compose really good poetry" but I'm afraid 'tedious' 'tiresome' and 'not very original' are all in there too.

Oh, alright, read it for yourselves - I'm in the middle.

I don't mind being compared to Pam, but I'm not keen on tedious and tiresome, and I think I'm quite original. It's tricky putting together a 20min set of poetry when your style veers wildly from serious lyrical poems to romping rhymes and dreadful puns.  I like to mix it up, with something for everyone. Maybe I've got it wrong and for a proper poetry reading I should stick to serious poems?

The same reviewer raved (quite rightly) about Pauline Rowe who headlined the evening. Her poems are stunning, her delivery calm. But poetry nights where everyone does beautiful, serious poetry can be too much - too beautiful, too serious. Am I a philistine?

I like to make people think, yes, but I see myself as primarily an entertainer, an ambassador for poetry in all its guises. Also, I'd been billed by the organiser thus: "Clare Kirwan will challenge and amuse with her lively, socially engaged poetry" so I planned around that.

So although the review is a wee bit hurtful in places, I will treat it like any rejection - as a matter of personal taste. What pleases me more is that various strangers came up to me later to say how much they enjoyed my poems - each naming a different favourite. Even the girl on the door said she thought I was brilliant "...an' I wouldn't say tha' if it wasn't true, 'cos I'm a right cow."