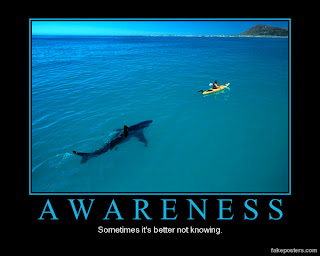 I'm sorry to disappoint long-standing followers, but I forgot about National Double Entendre Week back in March.

This was a completely fictitious theme week that myself and Moptop invented last year and planned to bring into being merely by pretending it was real!

I was reminded of this by this tweet from comedian Jimmy Carr:

Stress? I know about stress. Hypertension is my middle name. (Actually it's Marion... I made that up too.) I packed in my lucrative PR job because of it, but not before sending my blood pressure to near-critical levels and irreparably messing up my kidneys.

But when I looked on the web I couldn't decide if it was National Stress Month here or in America - I mean I'm not going to get all 'aware of the issues' if it's some foreign thing. Then I found this list on Wikipedia.

So - in April, we should be especially aware of alcohol, the earth and sexual assault whilst appreciating jazz, pets and volunteers, and preventing cruelty to both animals and children. No wonder it's stressful!

... and if you can't be bothered to scroll down the whole hellish confection there, here's some examples: 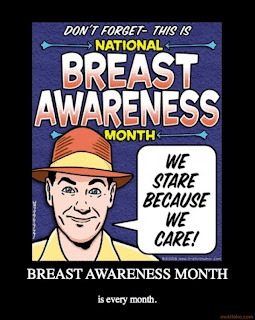 October is National Dessert Month, National Pasta Month AND National Pasta Month (AND pork, pretzel, pickled peppers and popcorn months) - are they trying to kill us?.... And it's also, ironically Hunger Awareness Month: People will just keep saying: ''Yes, I'm aware that millions of people are starving to death, but pass me the Parmesan!' until the penne finally drops.

There's even a National Constipation Awareness Month - no shit! (And I'd made that up as a joke before I even found out it was real!)

I think National Double Entendre Month would fit right in, don't you. Although I am vaguely suspicious - it being Wikipedia and all - that some of them (Dirty Harry Month?) might be just as made up as mine... and actually don't they all exist only because somebody says they do?

What kind of awareness month would you champion?

p.s. I must STRESS that these are just the themed months... I haven't even started on the themed weeks or days - and nor shall I (probably) - not with my blood pressure!