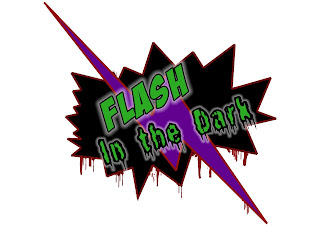 'Tis the season to be flashy, with various contests around in the run-up to National Flash Fiction Day on June 21st.

I was chuffed to get one of my short, shorts if not exactly in Smokelong Quaterly, at least on the back of one of their giveaway candy cigarette boxes. I know: WTF?  The stories had to be under 40 words

All day he’d been hunting for that screwdriver, his grubby fingers blunt amongst the sharp things. Nothing.
At nightfall, he scattered a trail of screws in likely corners, and waited.
Finally his patience paid off...

So anyway, those competitions:

The first is from the lovely people at Flashtag, Manchester, part of the Chorlton Arts Festival. You may remember, I won this one last year with 'Two Swans' - which is now in the excellent (and freely downloadable) Listerature II anthology. This year they want 400 words by 26th April on the fairly all-encompassing theme of: Past, Present, Future.

The second is Writing on the Wall's 'In the dark' competition - 500 words by 6th May. What I don't like about this competition is that all entries have to be posted to their site, which means they're technically published if you ant to send them somewhere else.

I can't pretend either of these offers much reward to winners except a lovely warm feeling, some literary freebies and the chance to go on and on about it on their blogs.  But the third - The Bridport Prize - offers a whopping £1000 first prize for the best 250word flash - deadline  31st May.

There's an excellent guest post by Vanesse Grebbie on the Bridport Prize site, and she also has a fun flash fiction exercise on the Writers & Artists site.

You might also like to read about the most quoted six-word stroy ever written: Hemmingway story explained
Posted by broken biro at 18:13