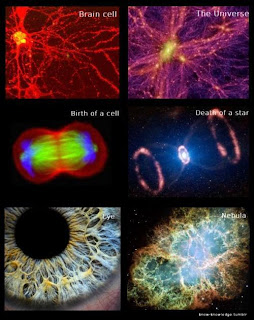 What's on the conveyer belt then?  My story Cuddly toy, fondue set was published on Flash Flood a couple of days ago and my single-sentence 100 worder 'Slather' was highly commended in the National Flash Fiction Day competition.

This flurry of short fiction prompted Benjamin Judge - a flash fictioneer from Manchester - to ask the question: Do we need a National Flash Fiction Day?  In particular, he worries about the term 'flash' implying something dashed off, instant and disposable... a poor cousin on longer fiction.

In fact good flash fiction takes more effort and editing than longer work - each word has to work harder. By focusing on the particular it, ideally, reveals something bigger. More like a flash of lightening or a camera exposing an essential truth.

I'd like to get all sciencey about it but I'm not trained. I want to say it's 'neutron' fiction - because I think neutron means tiny but superdense, but when I looked it up on Wikidpedia my eyes glazed over.  I think, yes, NFFD a good way to introduce readers to the form, promote excellence in it and create links between people who like writing it.

What does 'flash' fiction imply to you? Do you like your fiction superdense or would you rather linger? And what else would be a good name for it? Answers on a cyber postcard.

Incidentally, Benjamin writes excellent tiny stories about famous writers, called, appropriately enough Very Short Stories about Very Good Writers.  Benjamin lives in a curious world of his own creation where Saul Bellow gets all pie-charty, Wendy Cope does it Gangam Style and Agatha Christie is abducted by George Clooney.

p.s. My topsy-turvy little parable Sky/Sea is in Flash Frontier's April issue (you have to scroll down a bit to get to it)