A funny week... in a very 'literal' sense

I don't get out much, but I've had four nights of laughter on the run!

at the Echo Arena. I've followed him since the 90's and he's one of my fave comedians. I love his surreal logic and improvisations. Genius!

Monday was my first time at Liver Bards - a rumbustious cornucopia of performance poetry. The co-hosts are a comedy double-act (but shhh ... don't tell them)- Steve rambles and disorganises while Dave attempts to keep accountant-style order. But you can't herd poets. 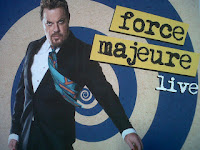 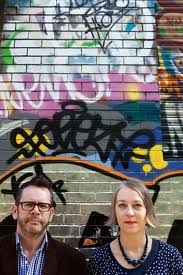 Next, as part of Liverpool City Council's poorly-advertised In Other Words literary festival, was an evening with Barnsley bard Ian MacMillan. With his BBC Radio 3 show and poetry aficionado credentials I thought he'd be more serious...and taller. But his gigs are inclusive (he met everyone at the door!), hilarious, fast-paced, anarchic and did I mention inclusive? This meant a lot of audience participation - singing and co-creating a unique epic poem to music. He's coming to Hoylake next year - you have been warned!

Last night was Flash in the Dark - the finals of a short horror competition run by Writing on the Wall . It wasn't supposed to be funny and much of it wasn't (my zombie mood piece 'Homecoming' had been shortlisted) - some truly gruesome offerings and well-deserved winners. But the guests, Les Malheureux, were even better than I expected - quirky short fiction performed by two of my flash heroes: David Gaffney and Sarah-Clare Conlon to a musical and visual landscape. Witty and unsettling.
*Note to self - MUST get them to Wirral!

What tickles your funny bone? Who are your favourite comedians?
Posted by broken biro at 11:16