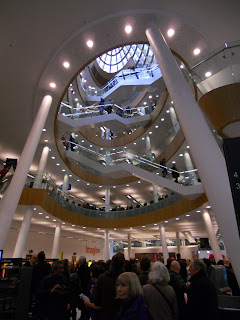 This is a big week for Liverpool and for libraries. After a three years closure, the Liverpool Central Library has reopened following a £55million PFI-funded refurb.

(They probably want their Borrowers back, too. We inherited a few for a while, but as will all things library-related, they have to be returned.)

As the Daily Mail said:

'It's like going to meet your gran and finding she's turned into Beyoncé'. 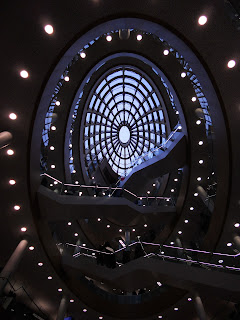 It's a building that lends itself to being a library (see what I did there?) and a very beautiful place to be and I could quite happily live there.  Ooh, I have library envy.

They even have books. 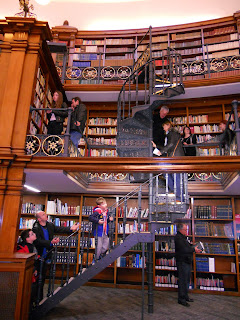 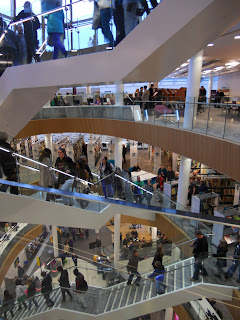 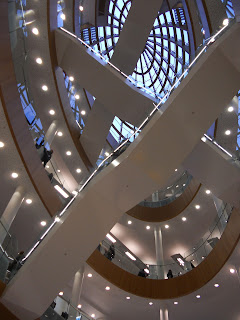 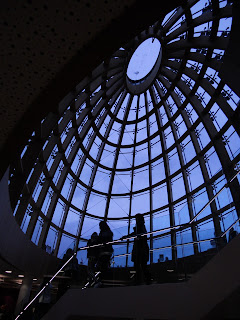 But while the media response to what the Liverpool Echo calls the city's 'new cathedral of knowledge' has been rapturous, these are times of austerity, and the money to run it has to come from somewhere.

Three Liverpool libraries have been closed, 76 jobs lost and opening hours reduced to help fund the City Council's commitment to the landmark building agreed by the previous LibDem administration.


It's very automated too - a subject I'll be coming back to. There are computers everywhere and free wifi throughout but it'll be interesting to see how many actual staff there are and how the borrowers react to space-age borrowing.

But with so many libraries are closing (give yourself a scare by checking out this map) it's good to see that so much has been invested in a new one - may it shine like a beacon of hope across the land!

Talking of beacons, the reopening last night as part of Light Night, where the city's arty farty smarties compete to lure the public to be dazzled by late-night shenanagins. 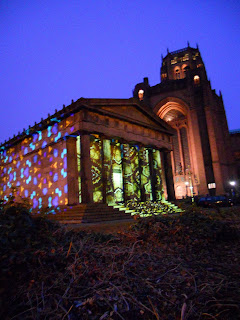 I managed to miss most of it, except for this rather groovy kaleidescope of light projected onto the Oratory of the Anglican Cathedral. The patterns were made by shards of stained glass.

(And that's the second time this week I've been forced to use the word 'shard'. I'll have the Poetry Police after me at this rate.)