Me and The Scaffold 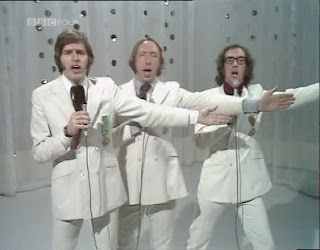 Claim to fame: I've now been kissed by every member of The Scaffold.

Born in the 60's, I missed the band's heyday though I inherited a load of vinyl singles from the daughter of a neighbouring magician (don't ask) so I sort of grew up with Lily the Pink and Thank U Very Much and their lesser known b-sides like I'd be the First. 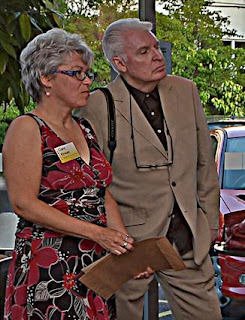 But when I listened to them as a kid little did I know my path would cross and recross theirs:

Mike McCartney (Paul's big brother) lives in Wirral and in 2008 was declared the borough's Cultural Champion. I was working in the Council's press office and was at several events where he was the guest. I even had to pop round to his house once for a DVD of pictures he'd taken for some launch. I wasn't invited in. On meeting him a couple of times since, I didn't think he'd registered me. But on Saturday, at the launch of the Festival of Firsts, he greeted me with a big smacker... although I'm fairly sure he has no idea who I am! 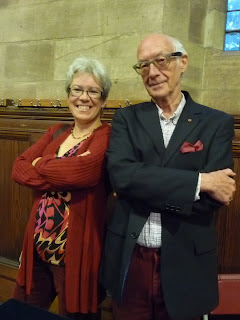 Roger McGough is, of course, now an elder statesman of British poetry. He's vaguely linked (not sure exactly how) to Liverpool's Dead Good Poets Society, of which I am a member, but lives down south and rarely shows his face unless it is to paying audiences. I did spend one rainy morning on a bus with him when local poets were drafted in as extras for a Channel Five shoot of his bus/ apocalypse poem. But last week he chose me as winner of the Alsager Poetry Competition, and... well, you can read it here if you missed it! 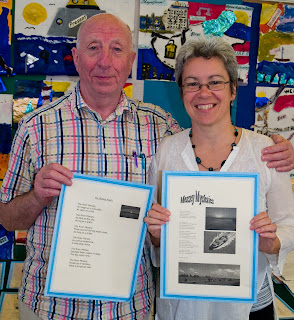 John Gorman was the one I knew the least but now know best. I never saw  TISWAS - we were a BBC family - but since he moved back to Wirral a few years ago he's been actively inciting poets, artists and other 'creatives' to bring a new artistic fervour to the borough. He created the Wirral Young Poet Laureates (a platform to frighteningly good young poets) and brought warring tribes of bards and odesters out onto the streets in poetry flash-mobs. He is also founding father of Wirral's Festival of Firsts, during which, last year, he invited me to write my first play: Enola Gay - and made sure I did!

I've seen John and Roger do a double act and I've seen John and Mike bring a packed Echo Arena to their feet with their classic songs...But I've still never seen them all in the same room! What do you think... shall I start a campaign for the re-invention of Lily the Pink?
Posted by broken biro at 08:00