Why are there no songs about librarians? 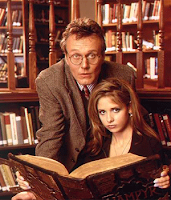 I have been renewed

Metophorically.  Reinvented more like.  I am to be a library assistant. It's a bit of a change from my last job in PR, a down-sizing, de-scaling, and yet wholly appropriate.

There'll be more about this anon, but first some interesting stuff about librarians:

After graduation from secondary school in 1918, Chairman Mao secured a job as an assistant librarian at , a hotbed of revolutionary thought. Giacomo Casanova spent the last thirteen years of his life as the Count of Waldstein’s librarian in the Count’s château at Dux, giving him time to work on his famous memoirs.  Benjamin Franklin, credited with founding the first American Library, served as librarian for a brief period.  Golda Meir, before becoming Prime Minister of Israel, once worked as a Librarian in and . J. Edgar Hoover worked as a cataloger for the Library of Congress. Apparently he was very interested in information.

I'm not sure what my point is here.

There are also many fictional librarians who are also attractive and heroic: Giles, the school librarian, is also The Watcher in Buffy the Vampire Slayer, Batgirl's day job is head librarian of the Gotham City Library, and Henry De Tamble the 'chrono displaced' hero of The Time Traveler's Wife.  We won't mention the librarian who has been magically turned into an orangutan in Terry Pratchett's Discworld books.  No songs though.  I'm not at all sure what my point is here.

"Make thy books thy companions. Let thy cases and shelves be thy pleasure grounds and gardens."   ibn-Tibbon (12th century)"

Post script: Of course it turned out there were loads of songs about librarians - as you can see here.