Dogs, (no) Dinners and the Dead 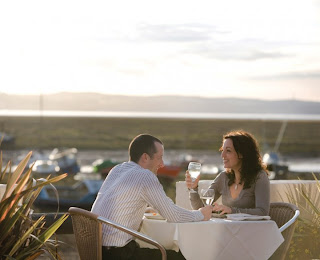 Have a look at this picture: a romantic scene of young(ish) love?

It's in the local tourism brochure - but who are the people pictured? In this case J and J - the council's graphic designers, forced to pose for the latest publicity-fest. And they REALLY don't get on!

She's probably piercing his foot with her stilletto and he probably had something VERY garlicky for dinner to make it doubly unpleasant if they insist on a snogging shot. (They wouldn't dare).

The picture IS taken in Wirral - but I've eaten on the patio of Sheldrakes Restaurant, overlooking the Dee Estuary, so I KNOW they are freezing their tits off too. And they won't have got their dinner. That's water in the glasses.

When I worked for the council's PR team we discontinued using filed shots of the public after I inadvertently put some dead people on the front of the Council Tax demand. I don't mean they were dead in the picture (in a 'pay up or you're next' sort of way). That would have just been wrong. But they had popped their clogs since the picture was taken and the family were upset when it arrived in the post. That was when we started only using staff. They were on tap and they didn't cost anything.

I was on the Wirral Events Guide in 2009 and they wouldn't even let us pop the champagne... we had to look like we were just about to pop it. 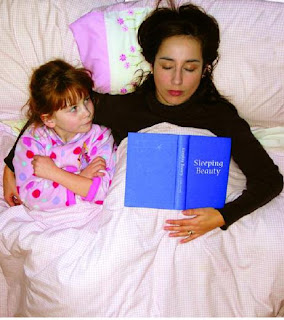 I'm just getting involved in Wirral Bookfest again, this time fighting in the libraries' corner and not PR's.

Here are some of the silly wittily ironic pics referencing great books that we did for the first one in 2008. 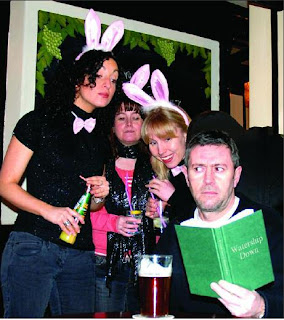 ...these are all people I worked with and begged, bribed or threatened to take part... 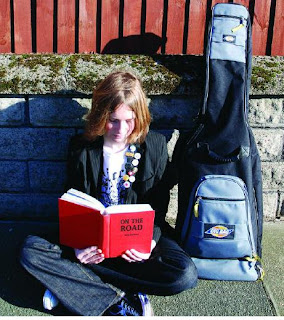 The beer, on this occasion was real beer on account of the fact that (a) it is difficult to replicate and (b) see 'bribe' above.

The boy with the guitar was the 'face of recycling' for years because of a picture his mum (you guessed - another PR person) took at a bottle bank when he was 5!

J was left to his own devices while I was away last year and tried to convince everyone that a picture of someone on the loo reading 'Gone With the Wind' was a great idea! *sighs* 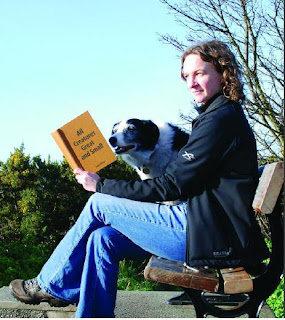 The hardest one was getting the dog (Fizz!) to look like she was reading. There was another dog - Goober - but he wanted his own trailer and hairdresser.

So look again at publicity shots and ask yourselves: is one arm twisted behind their back? Is that cute kid now a stroppy teen? Are they even still alive?

p.s. What do you think about the new header / layout?  I've been tinkering and I'm not so sure.

Email ThisBlogThis!Share to TwitterShare to FacebookShare to Pinterest
Labels: PR