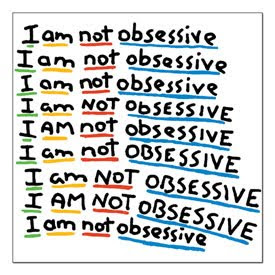 This is just a quickie - but do pass the idea on if you enjoy it.

Maria Zanini (currently stranded in Texas and in need of entertainment) asked her followers to post in the comments one random thing about themselves... and then carry the torch to our own blogs, list six more about themselves, and invite their own followers to do the same. The weirder the better.

(Karen has something similar in Get on With It having been served with some kind of 'Honesty award'... some kind of ASBO I understand)

There we go - I've shown you mine, now show me yours on your own blogs - and drop a note in the comments box when you have!