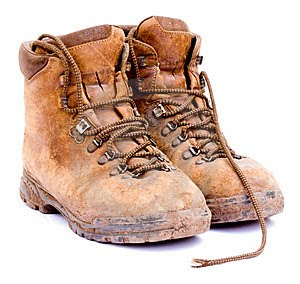 I'm off to the Lake District for a few days tomorrow - that'll make it rain. (Have you SEEN the weather forecast?)

Having never really been there before (just a couple of days a few years ago, or driving through en route to Scotland) - which is crazy considering some of the places I have been - my impression has always been of somewhere bleak and damp, looming hills, without the easy charm and ice-cream-scoffing nuns of say, the Italian Lakes.

It will be heaving with holiday-makers, awash with torrential floods and snooing with* murderous taxi drivers.

So I was delighted to find in a guide book in the library a couple of quotes that matched my own (probably errant) expectations:

William Gilpin, on Grasmere: "The whole view is entirely of the horrid kind. Not a tree appeared to add the least chearfulness [sic] to it. With regard to the adorning of such a scene with figures, nothing could suit it better than a group of banditti. of all the scenes I ever saw this was the most adapted to the perpetration of some dreadful deed."

Daniel Defoe, from A Tour Through the Whole Island of Great Britain (English Library)

on Westmorland in the 1720s: “a country eminent for being the wildest, most barren and frightful of any that I have passed over in England, or even Wales itself.”

This quote is especially enjoyable as it manages to put the boot in about Wales in the same breath.

And was it not Wordsworth himself who wrote (in an early draft):

I wandered moaning with the crowds
That blot the highways, hills and vales
When all at once I saw some clouds
Oh bloody hell, it's grim as Wales.

Let's hope I'm wrong. It happens. After all the Lake District was voted Britain's greatest natural wonder ahead of Scottish Highlands. Of course I daren't say anything against the Highlands or The Good Doctor will bite my knees.

So I may or may not be online before Sunday depending on wifi - but feel free to agree or disagree wildly in the comments if you feel inclined.