You may have seen our new Prime Minister brown-nosing in China and so you must be wondering what - oh what - is Wirral doing to prop up Anglo-Chinese links?

I am happy to report that we have done our bit - we sent in The Scaffold.

No! Not this kind of scaffold, silly! 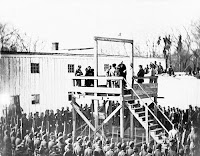 Nor the one on the right.

(I suspect the Chinese are quite capable of rustling up something like this themselves.)

No! I mean the popular beat combo from the 1960's - The Scaffold, who of course had a lot of Chinese influences... 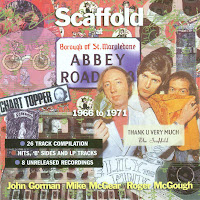 Fang Yu Very Much (for the Shanghai plastic)

Of the three members of the group, only Roger McGough has sodded off to London, and anyway he never lived in Wirral to my knowledge, but Mike McCartney (his kid brother was in another beat combo) and John Gorman both reside on the Wirral Peninsular, just across the River Mersey from Liverpool.

Do any of you remember them? I inherited most of their singles from the (much older *ahem*) daughter of some friends of my parents and was particularly delighted by a B side called 'I'd be the First'. It included lines like 'I'd be the first to climb Mount Eiger on a tiger' and suchlike, with the punchline 'But I'm 88, I'm 95 and I'm 103.' (I forget the exact ages, but you get the gist.) 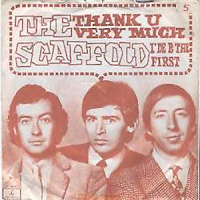 There's more about Wirral Liverpool Day at Shanghai Expo here and there's a nice article in the Financial Times online (where else?) which describes the Scaffold as: "Three elderly men yoked together by happenstance, their home town and a rugby anthem."

It also has a couple of lovely quotes about what the Chinese response to Lily the Pink was, but my favourite was: "I liked those grandpas singing."