Advice on the Organisation of Arts Festivals 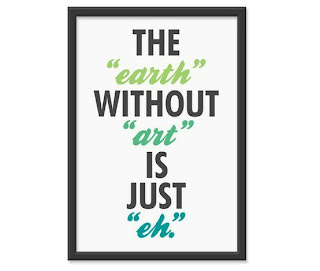 Give it a sensible name.
If it isn’t the biggest, the best, the first,
call it something else – something that fits.
Don’t aspire for international acclaim at the outset;
national accolades will suffice, or even better start
with those thoughts only in your head, unspoken.

Don’t alarm the sponsors with wild gesticulations.
Do not frighten the skittish volunteer
with inflated numbers and aspirations -
she would pull together 50 poets but cannot muster 400
without more time, more help and valium -
nor give the task to the boy who says he can do anything, everything
then doesn’t.

Don’t say too soon we’ll laugh about it later.
Don’t claim to have an army of volunteers
when there are only ten. Don’t leave
most of the publicity to the final week
... and to the boy who says we will do anything, everything
then doesn’t.

Don’t speak in generalisations or hyperbole
to journalists who will print it all as gospel
– they get little enough right as it is,
give them a chance at truth.

Don’t change your mind and say it was ever thus.
Don’t promise a kazoo band and a record-breaking attempt
at the highest number of people to recite Hamlet’s soliloquy in unison,
when you have only your own kazoo, your own voice.

Don’t get carried away with the dream
when no-one else is even sleeping.
But don’t be dissuaded by the nay-sayers, or discouraged by
those who sit resolutely at meetings offering nothing
or the others - who write a list of criticisms
in a poem for a cheap laugh
when they know just how hard this is.
Trust them to help you.

Don’t be crushed by
the silence of the crowd at the call for volunteers.
nor send the pedants packing with a wave of your hand
– you may need them later.

Don’t forget:
You cannot actually paint the town red
(There are rules about that sort of thing)
You cannot hide the musicians.
You cannot hood the artists.
You cannot herd the poets.
You cannot do all of this alone, nobody can,
especially the boy who says he will do anything, everything
then doesn’t.
Posted by broken biro at 13:30

Email ThisBlogThis!Share to TwitterShare to FacebookShare to Pinterest
Labels: poem