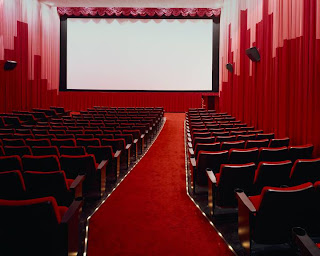 This sort of thing is a terrible chore when you're as indecisive as me. I started it after going to the pictures on Saturday night to see the last Harry Potter (ho hum) and just gave up on it now...

1 Movie you love with a passion.
This changes - it has been Pulp Fiction and Brazil, but I'm going to plump for Love Actually *blushes*

2. Movie you vow to never watch.
'Jackass - the Movie'

4. Movie you always recommend.
'Galaxy Quest' - it's a hoot, especially if you're a fan of sci fi. I've been recommending 'In Bruges' a lot lately, too - I didn't think I'd like it but it won me over. And 'Fargo'

6. Actor/actress you don’t get the appeal for.
All those shiny rom-com types

7. Actor/actress, living or dead, you’d love to meet.
Not keen on the idea of dead actors and actresses turning up! And wouldn't turn away any living ones.

8. Sexiest actor/actress you’ve seen. (Picture required!)
I used to have a big thing for Richard Burton when I was 13 (what was that all about?) This is where my formatting goes to pot as I attempt to add several pics for your/my delectation.

People I've found surprisingly sexy: Al Pacino (in 'Sea of Love'), Ciaron Hinds (not that famous but he's got 'something' for me). 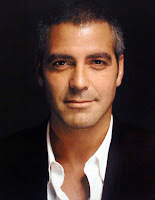 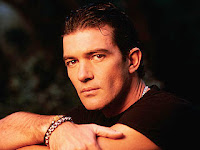 9. Dream cast.
See above. I love spotting all my fave Brit charcater actors in Harry Potter too - though seeing Cairon Hinds as Dumbledore's brother in the last one put me off him a bit!

10. Favorite actor pairing.
Can't think - maybe Anthony Hopkins and Jodie Foster in The Silence of the Lambs (which they're remaking in Liverpool as 'Shut Up Ewes')

12. Favorite decade for movies
I refuse to choose


13. Chick flick or action movie?
Which do Coen Brothers come under? I hate action sequences for the sake of them but I like both if done well. The script is the important thing, not the genre.

14. Hero, villain or anti-hero?
Because none of this is real, I can choose the villain without anything bad happening can't I? They're often more interesting characters and I'm a sucker for the possible redemption at the end. So yes, I tend to side with Darth Vader, Phantom of the Opera, Hannibal Lector.


15. Black and white or color?
Either - depends on the movie. I've been known to turn the colour off if I'm watching something scary (also the sound).