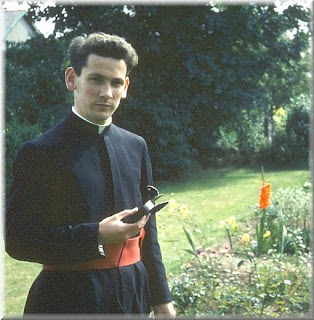 I have a missionary uncle. They're quite rare.

When he was a small child he met an elderly missionary with a tremendous beard and decided that he wanted a beard just like it. He joined a seminary at 14 and when he became a priest he went to Africa - Uganda, Kenya and, for the last 20? 30? years the Congo (formerly Zaire, and before that the Belgian Congo). He has never, to my knowledge, had a beard, that must be just how they 'hook' you.

I was brought up as a Catholic but... well, let's just say I have 'issues' re the anomalies, intolerance and bigotry of that institution*. Big issues. I have, however, a certain respect for a man who has spent his entire adult life working in impoverished, ailing, war-torn African countries, as often in the capacity of social worker as spiritual guide. 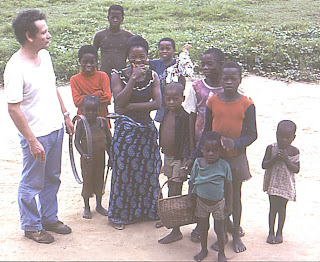 In the early years he had virtually no contact with his family for years on end. More recently he has seen local children return as boy-soldiers to steal food. He once rescued a bishop by flinging him into a river. He's also heavily involved in work to protect the rights of local people and the natural environment they depend on, liaising between interested parties in several different languages. In short, he's a good guy.

The local language is Lingala. Years ago he taught me a Lingala saying:

Translation: Your tongue is a sword but your legs are vegetables.

I think this is about people who talk the talk but do not walk the walk - people who go to church on Sundays and 'amen' to everything but wouldn't lift a finger to help someone in need. 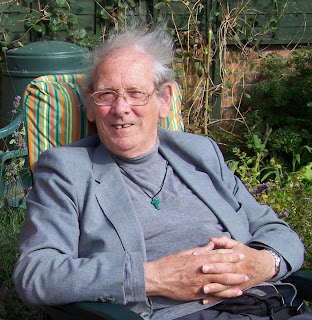 My uncle has followed his faith. He's 70 now and wants to continue. He struggles to cover his 'parish' (the size of Wales) on a motorbike because of arthritis in his hands so now he has an appeal out to raise money for a four wheel drive.

Moral dilemma: I despise a religious institution which flaunts its riches while its most devout believers starve in the developing world. You'd think they would at least furnish their own clerics with the means to do their work. In principle I don't agree with donating money to his appeal, but he's my uncle, he's family, he's a good guy - and he says things aren't as clear-cut as that.

* He is diplomatic enough not to ask about my own views on God - a sort of 'don't ask, don't tell' agreement between us.