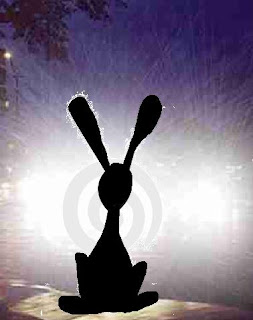 I was going to post this last week, but I didn't want to put anyone (you know who you are!) off their first big performance...

Just when things are going well and you've had a short run of well-received performances and are starting to feel jolly pleased with yourself... comes the Bad Gig. And, confidence being more of a stalactite than a permanent structure - growing slowly from the drip of many layers - it all comes crashing down around you again.

I was invited to a Poetry Night I hadn't been to before. The other guests turned out to be especially 'poetic' - lyrical, composed, and in possession of slim volumes of their work published by reputable presses.

Now I do do that sort of poem, as you know. But last time I was at this venue (different night run by the same people) the comedy stuff went down great and the organisers seemed to want that.

But as I listened to the 'proper' poets I began to feel uncomfortable about my own work. I mentally rearranged my set to include some more 'clever' poems. But during the break, an acquaintance claimed to be desperate for humour, so I started rearranging it back to funny, thus ending up with an awkward mix of the two - which can work well, but just... didn't.

So here are a few tips for gigs... to stop them being BAD:

* Which I did post a while ago but removed because I submitted it for publication... and it's been accepted so it can't be that bad. Remember? The frog-kissing that got out of hand?

We should have told her then (perhaps in verse )
that beasts don’t change to men – quite the reverse.