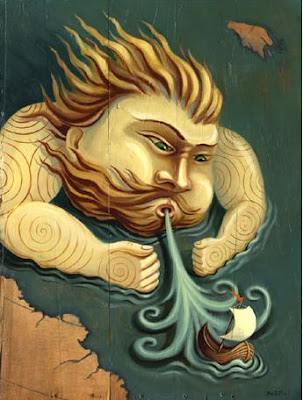 I've been wanting to talk about wind for some time but I've been waiting for a really windy day.

You know how it is with winds - you're ages waiting for one than a bunch of them come all at once.

Dogberry of Inkyfool started me thinking, way back at the beginning of July with Some Winds where the windy origins of the words kamikaze and Chinook were discussed in his characteristically erudite manner.

But for me the most interesting thing about wind is this: Hebrew has far fewer words than English, and many words have to do the job of two or three English ones.

The word 'ruah' (the 'h' pronounced as in Scottish loch) is the word for wind, but also for breath, spirit and ghost. 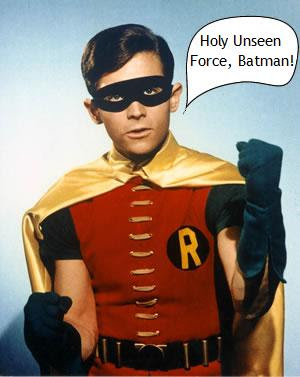 This explains why the 'Father, Son and Holy Ghost' of my youth became 'Father, Son and Holy Spirit'. I'm only disappointed they didn't settle for 'Holy Wind' or 'Holy Breath', but I get that what they're talking about is Holy 'Unseen Force' (and I hope you're impressed that I'm not adding 'Batman!' to the end of any of these - showing tremendous restraint, don't you think?)

There's more about 'ruah' in the Old Testament at the Franciscan Cyberspot - no, I'm not making that up - and the Vatican's website.  I particularly like the fact that the Vatican, when thus perplexed, has this to say: "In this regard it is better to give up in part the pretenses of neat reasoning in order to embrace broader perspectives." i.e. Translate it as fits best to your nefarious practices.

All of this only confirms one of my favourite quotes:

'Religion is man's attempt to communicate with the weather.' (origin unknown).

Here's that part in The English Patient, where Count Almasy speaks of winds described by Herodotus (there's a transcript here about two thirds of the way down the page):

Blows me away, this!