Small packages - poems that punch above their weight. 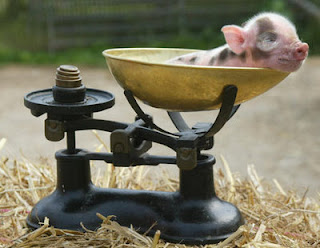 I blogged yesterday about short, short stories but as a writer of fiction and poetry I'm here to tell you that it's a helluva lot easier to write short, short poems instead... or is it?

Stories are supposed to have a plot, character development, conflict and resolution. You can get away with anything in a poem. The basic aim of a poem (I believe) is to make you look at something slightly differently than you otherwise would, or to provoke some kind of emotional reaction.

I'm going to ignore haiku's for now, because you'll be expecting them (although you're probably not expecting zombie haiku's so I'll let you have them.)  I'm talking about really, really, really short rhyming poems that stick in your mind forever.

Here are some of my favourites. First, one for writers everywhere from the intriguing Hiliare Belloc:

When I am dead, I hope it may be said:
'His sins were scarlet, but his books were read.'

Ogden Nash, an old favourite from the wonder years of the The Penguin book of comic and curious verse

has many fine examples of tiny rhymes including this early examination of the proliferation of advertising and its impact on the environment:

Song of the Open Road

I think that I shall never see
A billboard lovely as a tree.
Perhaps, unless the billboards fall,
I'll never see a tree at all.

And, even more pithily, on lounge lizard methodology:

Candy
Is dandy
But liquor
Is quicker

I'm sure Oscar Wilde will have had something to say in this form, but not going to quote him here, because he is overly quoted, as Dorothy Parker points out:

If, with the literate, I am
Impelled to try an epigram,
I never seek to take the credit;
We all assume that Oscar said it.

I particularly admire the work of Wendy Cope who isn't afraid of brevity and even named an entire collection Two Cures for Love: Selected Poems 1979-2006

for a two line poem that says reams and reams about romantic love:

1. Don't see him. Don't phone or write a letter
2. The easy way: get to know him better

I have written one on a similar theme, so I'll just slip it in here while no-one's looking:

I don’t know what it is with me
I haven’t got the knack.
First of all you wouldn’t leave
And now you won’t come back!

I'm afraid my own shortest poem cheats rather badly by having a very long title. Nor does it change the way you think about anything of provoke anything other a small smile, which means it probably isn't even a poem at all by my own definition:

Love song for the first engineer on the Starship Enterprise

I’m potty
for you, Scotty.

Oh, and I nearly forgot. I did promise you the shortest poem in the world.

An Attempt at the Shortest Poem in the World

Already
This is too long

But this one might be*, although the author is unknown or disputed (I'd like to think it was Ogden Nash too):

Lines on the Antiquity of Fleas

To work, me hearties!

*Even this is disputed. Me/Whee! and the Dutch U/ Nu! being quoted here