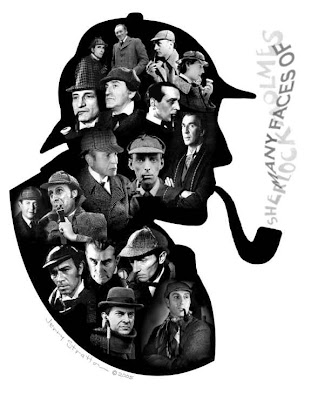 I've just been watching the new BBC series of Sherlock Holmes, set in modern times. I do like the texting and the way he has a GPS in his head, although I deduced it was the cabbie in the first one ages before he did.

Crime's a massive genre for the fiction writer. They always tell you to 'write what you know' but unless you're planning on turning into a cat burglar or serial killer (you know who you are) the only way to experience a life of crime is on the right side of the law.

This was half of my thinking when I became a Special Constable (the other half being quite genuine altruism). It was the early eighties, Dixon of Dock Green hadn't long been off the air, and I'd try anything once.

Here's me in my uniform. I was, as you see, a mere child who knew no better. 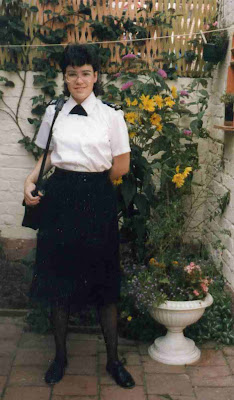 Special Constables* are unpaid volunteers who have identical powers as regular police officers, despite minimal training. You're supposed to accompany a 'real' officer but all the local regulars hated the Specials (and they were a dodgy bunch - this is, after all, where I met my ex-husband) so we went out in pairs.

I did it for less than 3 years, but that time did include the Toxteth Riots - which I wasn't at but we had to provide cover for. (Some honeymoon that turned out to be!)

It was an insight into police work at its most basic level. I learned the following:

I wasn't very successful in my role. The others were gagging for something to kick off but I was scared every time I went out. Some of my colleagues just wanted to arrest as many people as they could, but I always tried to defuse situations. I only ever arrested one person and they were unconscious. I stopped various youths causing annoyance, assisted with the flow of traffic and I may have prevented thousands of burglaries by my mere presence. But if all this makes me sound like I did ok, I probably ought to mention that I was also inadvertently responsible for a small fire in the bridewell. Which is frowned upon.

Deduction, I can do. But what I'm particularly bad at, and one of the many, many reasons I could never be Sherlock Holmes, is observation. Even if I was knocked down by a car I wouldn't notice the make. I could talk to you for hours and have no idea later what you had worn. Also - I'm appalling at giving directions. There is no GPS in my head. Not even an A-Z. All I have is a vague picture of the street I'm in and the next one, then it gets all fuzzy. It's all I need - I just about keep one step ahead of myself. But ask me to tell you the way to somewhere beyond this mini-radius and you're doomed!

So if I were to write a crime novel, and if it included a heroic police officer, fearless, eagle-eyed, not lost at all and with a very large truncheon, you'd have to deduce that I was making it all up - a work of fiction. 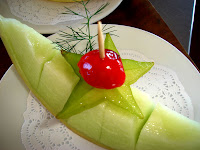 Melon Entree, my dear Watson.
* p.s. Charles Dickens was a special constable in
Posted by broken biro at 22:57