King Kenny with the comedy ears 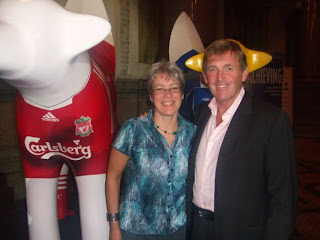 So Kenny Dalglish is the new manager of Liverpool FC... (and they say I know nothing about football ...hah!).

Well I may know nothing about football but I've had my mitts on Sir Kenny! Here's myself and the plucky Scottish footie star at the auction for superlambananas towards the end of Liverpool's year as European Capital of Culture in 2008. 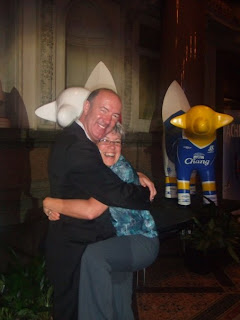 Obviously it was not me who took the picture - though I'm sure I could hardly have improved on the positioning of Kenny's head exactly between the ears of the Everton Superlambanana!

In fact, I believe I may have stumbled upon the Mayor of Liverpool (I was quite intoxicated and more than a little emotional that night - for reasons I won't go into here) and demanded he take the snap. So all credit to him.

... erm... there's also this picture of me and Jimmy Corkhill from Brookside, and Craig from the very first Big Brother. 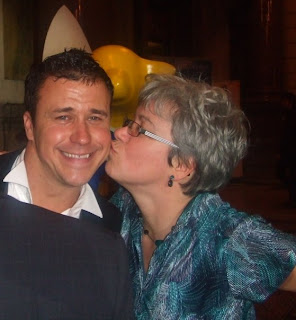 The event was very swish, with bubbly and canapes and a series of trendy little tiny mini-meals -fish 'n' 3 chips, titchy burger, more bubby... I forget after that.... And it all took place in Liverpool's prestigious St George's Hall - which has a very famous floor (which I may have ended up on!).

And no, I didn't end up with a Superlambanana for Wirral.

But at least I tried.