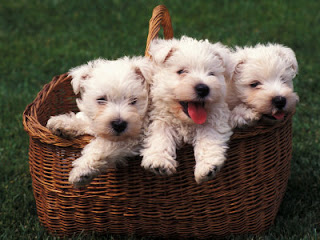 I know what you're thinking: 'What the feg is a feghoot?'

A lengthy comment appeared on my Burns Night post which I (erroneously) described as a 'shaggy dog story'. But it turns out is was a feghoot. In fact, the vast majority of tales I've attributed to shaggy dogs turn out to be nothing of the sort.

"an extremely long-winded tale featuring extensive narration of typically irrelevant incidents, usually resulting in a pointless or absurd punchline". The classic example would be a tale going on at length about how shaggy a dog's coat is, but when it is eventually being judged at Crufts the judge says: 'It isn't very shaggy.' Not funny? Nope - doesn't do anything for me either.

"a humorous short story or vignette ending in an atrocious pun (typically a play on a well-known phrase) where the story contains sufficient context to recognize the punning humor".

An example: A young boy called Gervaise starts work as a waiter in a Paris fish restaurant. He's doing quite well, and makes friends with the other staff - especially the Swedish dish-washer, Hans. The only part of the job he doesn't like is when customers pick living seafood from the tank and he has to take it away to be cooked.

One day a wealthy banker, to impress his friends, points to the most expensive item in the tank - the very rare Hairy-lip Squid. Gervaise wrestles the luminous beast out of the tank and takes it through to the kitchen. The chef is very busy and tells Gervaise to kill it and chop all the legs off. He's about to do this when he makes eye contact with the creature. There's an almost-human look of pleading in its eyes, a sort of gentleness. 'Don't kill me!' it seems to implore.

Gervaise throws the knife down. He can't do it! He goes to the back kitchen where Hans is up to his elbows in dirty plates. 'You've been around a bit. You're tough,' he says. 'Can you kill this squid for me?'

'Of course!' says Hans, who follows him into the kitchen. But just as he's about to bring the sharpened knife down onto the animal, he, too sees the kind expression, the quivering of the squid's little hairy lip. He can't kill it either.

So the chef comes in and says: 'I can't believe it! Hans who does dishes is as soft as Gervaise with a mild, green hairy-lip squid.'**

* Named after a series of short science fiction pieces: "Through Time and Space with Ferdinand Feghoot", published in various magazines over several decades, which always ended with a deliberately terrible pun based on a well-known title or catch-phrase.

** You probably need to be British and over 30 to get this, but it relates to this advert. I'm told this joke features in one of Ian Rankin's Rebus books: Mortal Causes