A Penny for Them 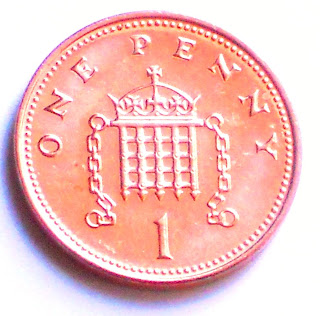 I've been thinking about the bonuses* bankers are getting whilst the rest of the country worries about rising costs, job losses and the other austerities to come. But how can we make our voices heard? Aren't we powerless in giving our pennyworth?

Yes, I've been thinking about the humble penny.

What if thousands and thousands of people went into their local bank on the same day and each paid in a cheque (or several) for a penny?

Think of the paperwork it would generate as each cheque had to go through clearing! People could go online and make 1p transfers, 1p payments. If enough people did it, and did it for a reason (ie a clear link to an online campaign that explained our disgust at banker's bonuses) it could make the ordinary person's view heard more strongly.

...I'm thinking on my feet here, but there are other ideas around this: everyone could pay their 1p to the same person or organisation, or charity (do organisations/charities get charged for cheques?). Or we could all hoard our pennies and then pay them all in on the same day...

I know there'd be queues and lowest-paid bank staff would suffer**, but it might make a point, eh? 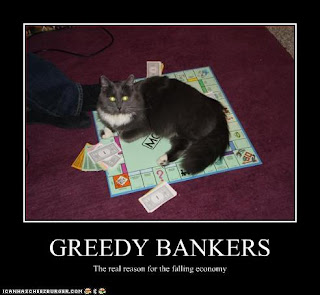 What do you think? Are you with me? Shall I attempt to 'go viral' on this?

And what should it be called? I'm thinking:

Meanwhile, if you are against the Bankers' Bonuses, there are two campaigns that I've found on Facebook:

Give Up The Bonus - founded my pugnacious North-west MP, John Prescott