8 Tips for Getting Published 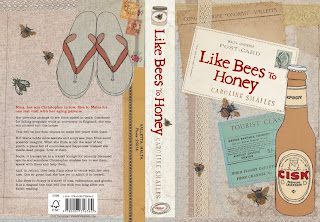 OK, so you write and you write but how do you get your writing published?

Last week I went to an excellent 'Meet the Authors' afternoon - my favourite event of Wirral Bookfest (amidst stiff competition - I also saw Carol Ann Duffy!). 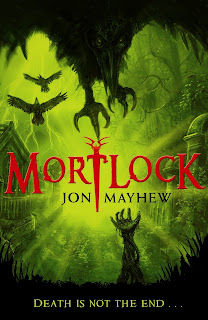 The authors were: Caroline Smailes* whose first novel was snapped up after she posted part of it online and has had a steady presence in Kindle's Top 100. Her beautiful Like Bees to Honey is out now and third novel is in the pipeline; Jon Mayhew author of gothic teen fantasy Mortlock, part of a three-book deal with Bloomsbury; 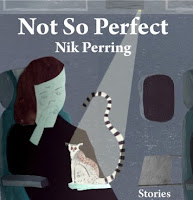 and the late Nik Perring (he's not dead - he was just late) whose neat collection of short stories Not So Perfect is out now. They are all local (i.e. Wirral) authors whose first books have come out in the last few years and who are active on the net.

So I thought I'd share some of their top tips to wannabe best-selling novelists:

1. Write. Obvious as it sounds, it's were some of us fall to the ground straight away. Learn this equation: No words = no best-selling novel. You need lots of words - preferably ones that carry on from one another. 300 first pages do not a best-selling novel make either. Write and keep writing - you can mess around with it later, just get a first draft written

2. Hone your craft. Attend courses, read up, use online resources and communities for writers. Learn all you can about writing. But don't do this instead of writing (see above) - it's an easy mistake to make.

3. Blocked? Don't panic! All the authors agreed that there will be days you don't want to write. Nik mentioned 'Writer's Constipation' but the others managed to steer us away from the truly scattalogical! Don't punish yourself staring at a blank page/screen. Do something else - go for a walk or something. Just make sure you write when you can.

4. Read your own work aloud. Nik (I think it was Nik) said he records himself reading his work then plays it back. You'll be surprised what you'll pick up if you do this - odd phrasing, over-used words, clumsy sentence structure, unbelievable dialogue. As nik said - especially with the short story it has to be as perfect as you can make it before you send it off.

5. Log-on. Work to develop an online following before you approach an agent or publisher. If you want to stand out from the 'slush pile' it really helps to show your understanding of the importance of promoting your work generally. A good blog also demonstrates your writing style and discipline.

6. Engage with new technology. Many authors are more tech-savvy than traditional publishers. Caroline Smailes has generated new excitement around her 3-year old book by getting it published on Kindle - and although it is sold at a low price, 12,000 of people have brought it and authors get a better cut from electronic publishing. eBooks are especially useful to authors of specialist non-fiction as they are low-cost and can be targetted to niche audiences internationally via the net.

7. Ask the experts. Jon Mayhew's turning point was a Literary Consultancy weekend - it was pricey and, at time, brutal, but it polished his novel and gained him introductions to the literary agent that found him his future publisher.

8. Break a leg! Or an ankle. No, really. Jon Mayhew attributes part of his success to having broken his ankle and using the ensuing enforced idleness to knuckle down and finish his book. It was such a successful technique that he broke it a second time for the edits! He wasn't recommending this, just saying that you need to grab your opportunities to write when you get the chance to.

Write! I'm off to do some now... after I've just checked my emails, updated my anti-virus software, fed the cat (and I don't even have a cat!)...

What are the best tips for getting published that YOU have used, or have been given?

* I have already corresponded with Caroline via Twitter and her blog - proving that social media enables you to go up to someone and say: 'But we're already friends! You have to talk to me!'  Caroline is even nicer in person than online.

Email ThisBlogThis!Share to TwitterShare to FacebookShare to Pinterest
Labels: art, how to, writers, writing