Anyway. Like I said at the end of this post, I know exactly where my ex-husband is. The only reason I know this is that, after no sightings for fifteen years, he just started following me on Twitter.

If there's one thing the worldwide web is brilliant for - it allows a person to stalk their ex from the comfort of their own home. (I've always said I was too lazy to be a stalker - they'd have to come round here.)  They don't have to lurk around Liscard precinct and harangue people any more, or accost people's perfectly innocent colleagues in the toilets at parties.

So I started following him back.

"A warm welcome to my new followers. Glad to know your [sic] following my work." He tweeted, not to me but in general - there have been no tweets between us.

The only other contact in those intervening years is when he made this comment out of the blue on this video of me on YouTube : 'God, she'd put weight on since I was married to her, and she isn't any funnier.' I'll come back to this in a minute. (Oh, and when his sister emailed me to threaten legal action when I described him as a tosser on my website... although, in my defence, his hobby is bus-spotting.)

If you think about it, following me on Twitter was a rash move on his part. He is a public figure of sorts (hence the email from his sister, I suppose) and raising your head above the parapets of cyberspace gives your enemies a powerful weapon against you. An intelligent, creative person with experience in PR (for example) and an ax to grind could do a lot of damage to someone in his position.

We have a tendency to demonise the other party when relationships turn out badly and I hold up my hands here. But if your ex is a demon, then by default your original judgement was flawed - you chose a demon (or allowed them to choose you) - and hence you can no longer trust your own judgement. This doesn't help anyone - it exacerbates damage already sustained and tarnishes future relationships. Hate is an almost entirely terrible thing and it harms the hater more than the hatee.

But you know what? He wasn't a demon. I take these little glimpses into his life now, and recognise certain things about him: he has found a place in the world where he is doing some good, harnessing that strong desire he always had (but did not always listen to) to be the hero and turning his energies towards actually help people.

So if you're reading this, don't worry. I'm not going to name, shame, blame or play games. But can I just say that if I've put weight on I'd just like to point out... 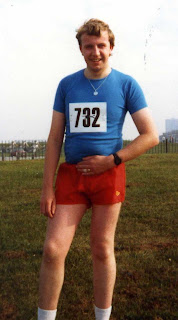 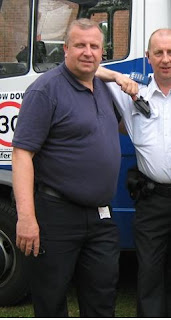 That's all I have to say on the subject.