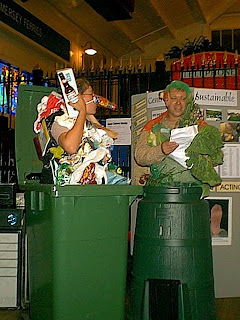 I used to be a compulsive volunteer.

David Cameron would have loved me. I'd have been up there at the vanguard of his Big Society.

If you wanted anything doing, my hand would shoot up first. I rarely stopped to consider. Let's blame my mum - she's always done her bit: from Meals on Wheels to Charity Shop, from the Probation Service to the Magistrates Court. I was brought up to think it was what people did 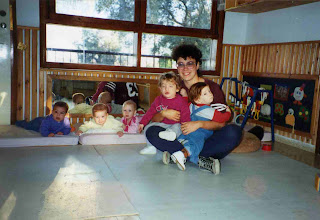 Even at 15 I was an active member of the Leos (a junior version of the Lions Club), at 20 I became a Special Constable (more on that here), at 24 I was on the run for a sponsored jailbreak with the Rotaract (junior Rotary Club) and two years later I was a full-time volunteer on a Kibbutz - which included working in a glue factory and a baby house (more on that here).

Even that didn't teach me a lesson. Back in England in my early thirties, I was dragged to a meeting of an environmental group by a friend who'd 'seen the (green) light.' I offered to write one newsletter and next thing I knew I was volunteering for them 45 hours a week running a new Eco Centre. And although I did eventually get some funding which meant I actually got paid to do that - the job description mysteriously never mentioned standing in a wheelie bin dressed as a pile of rubbish or running a two-day green fayre attended by 10,000 people, with one hundred whacky eco-warrior stall holders, local scallies trying to break in and a very aggressive bouncy castle man.

Slowly, painfully, I have learned by now that the phrase: 'I'll do that!' generally ends up with me dressed as a carrot at Woodside Ferry Terminal, chasing a gazebo across a windy field or naked in a field in Gloucestershire.

So if anyone wants me to run a play group for retired thespians, set up low-calorie soup kitchen for anorexic fashion models, train 'funny dogs for the boring', drive Deals on Wheels for housebound city traders or shake a collection tin for the Collection Tin Preservation Society I am not available any more.

Email ThisBlogThis!Share to TwitterShare to FacebookShare to Pinterest
Labels: volunteer